Loving Oneself to Destruction

“For whoso loveth himself, not God, loveth not himself: man that cannot live of himself, must die by loving himself; and he cannot love himself, who loves himself to his own destruction. > Saint Augustine, Catina Aurea on John 21:18-19

No longer is societal understanding of these questions based on Judeo-Christian belief. Atheistic nihilism seems as good a label as any. The shift has been growing beneath the surface of society for a while, hidden, then burst out in the last decade, coinciding with the Obama Presidency.

These fundamental questions are underneath the strife in our cultural clash about social issues. 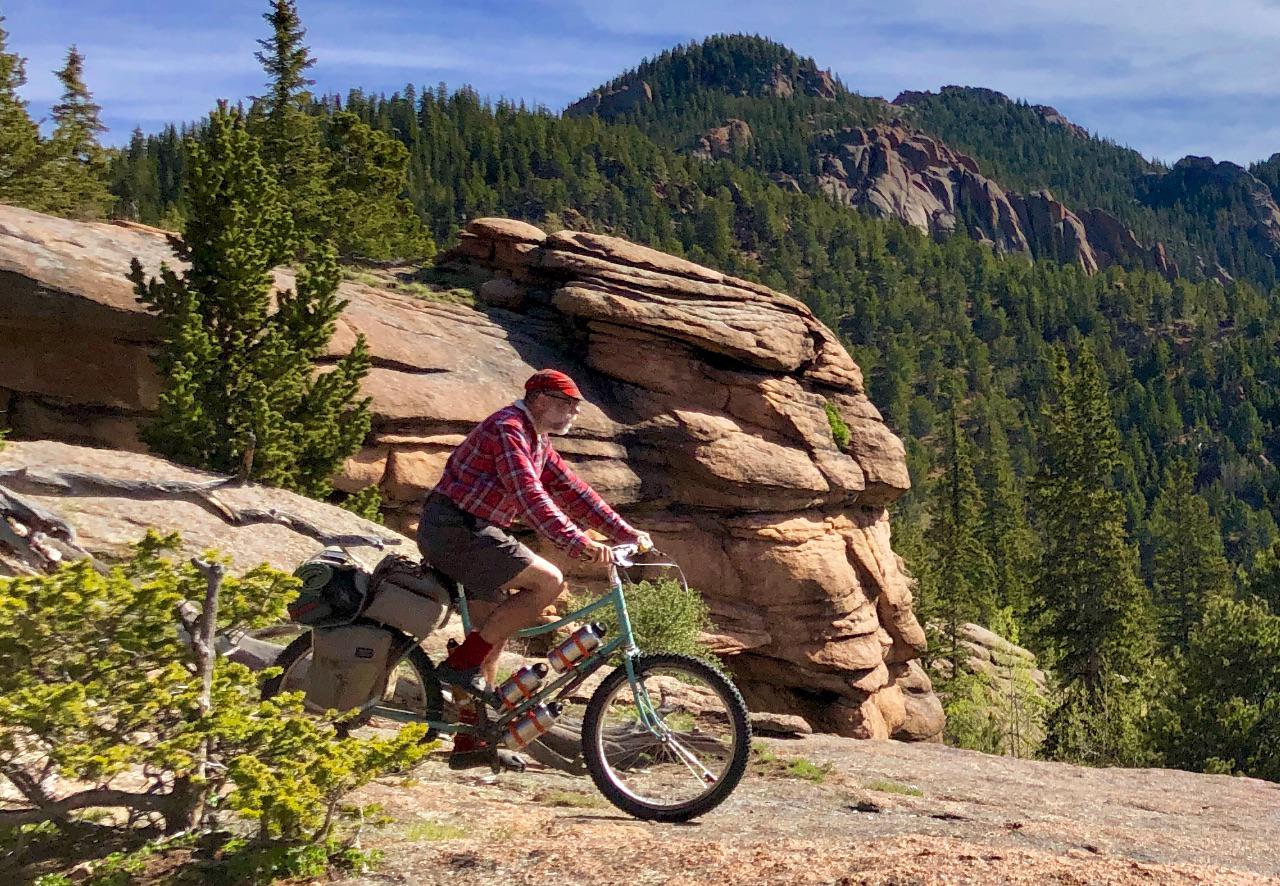 In which I achieve escape velocity despite my bludgeoned brain to escape the noise of construction for the local festival, discover having a TBI headache in a tent in a hailstorm with zero count lightening is less fun than it sounds, and along the way I get to ride Beorn of Clan Gus Boots Willsen up, down, over through rocks, roots, mountains, streams all familier yet remarkable because Beorn can ride lines no bike I've ever had can. What a delight!

In which I take Beorn of the Gus Boots Willsen Clan on his first bikepacking adventure expotition and he surprises me with his epic land-travel speed via a fog teleportation experience that saw me in Colorado, Scotland, Tibet, the Pacific Northwest, back to Colorado and briefly to Arizona, being at once more epic and less epic than I'd thought. Life, with its holy extraordinary wrapped in its everyday ordinary is like that a lot. Grin.

I keep seeing an entirely correct, though incomplete thought. To be complete it needs to be: “Not your body, not your choice. — every human from the moment of conception.” Yes, women's right are human rights, and human rights begin at conception.

Amazing how obvious the truth is yet how feminists avoid it by only giving a partial truth. That's happened before, in the garden: “You won't die (right away).”

I Get a Grip while the Aspen Bloom 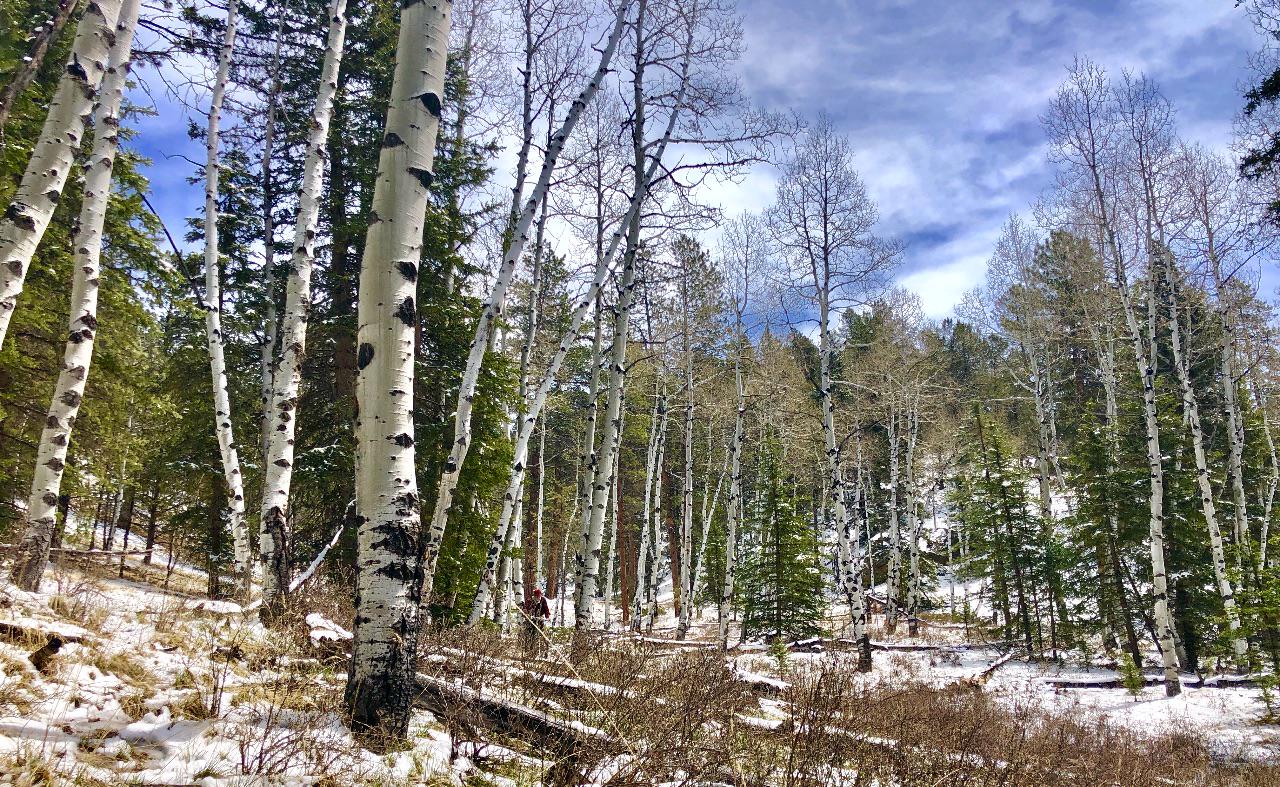 Descending on tires that slip on wet rocks and roots is not as fun as it sounds. Beautiful more than makes up for it though! (Yes, I'm in there. Bottom middle, slightly to the left. Wee lad. Grin.

In which I swap tires after discovering Maxxis Icon+ are slip and slides on wet rocks and roots, aspen bloom, Pascha flowers blossom during Paschatide, and I'm happier than a clam on a bike 9,000 feet above the salty sea on my new Schwalbe Nobby Nic 27.5 x 2.8” Addix Apex Speedgrip SnakeSkin (Whew!). 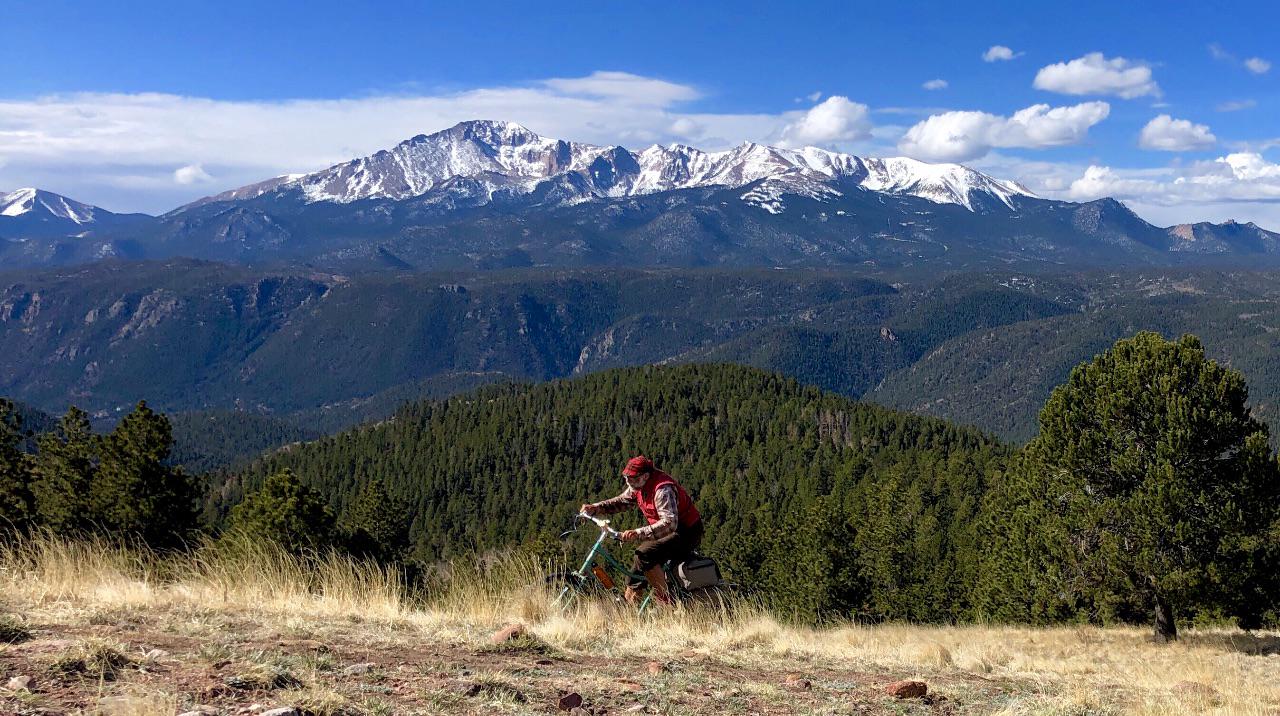 In which Beorn of Gus Boots Willsen handles gradients preferred by mountain goats and bears, both up and down; I meet nary a soul; and a bald guy ascends and sits atop Mount Baldy for a pipe and coffee.

In which red turns out to be camouflage in a snowy and tan grassed meadow hill, and I dial in riding with a freewheel. 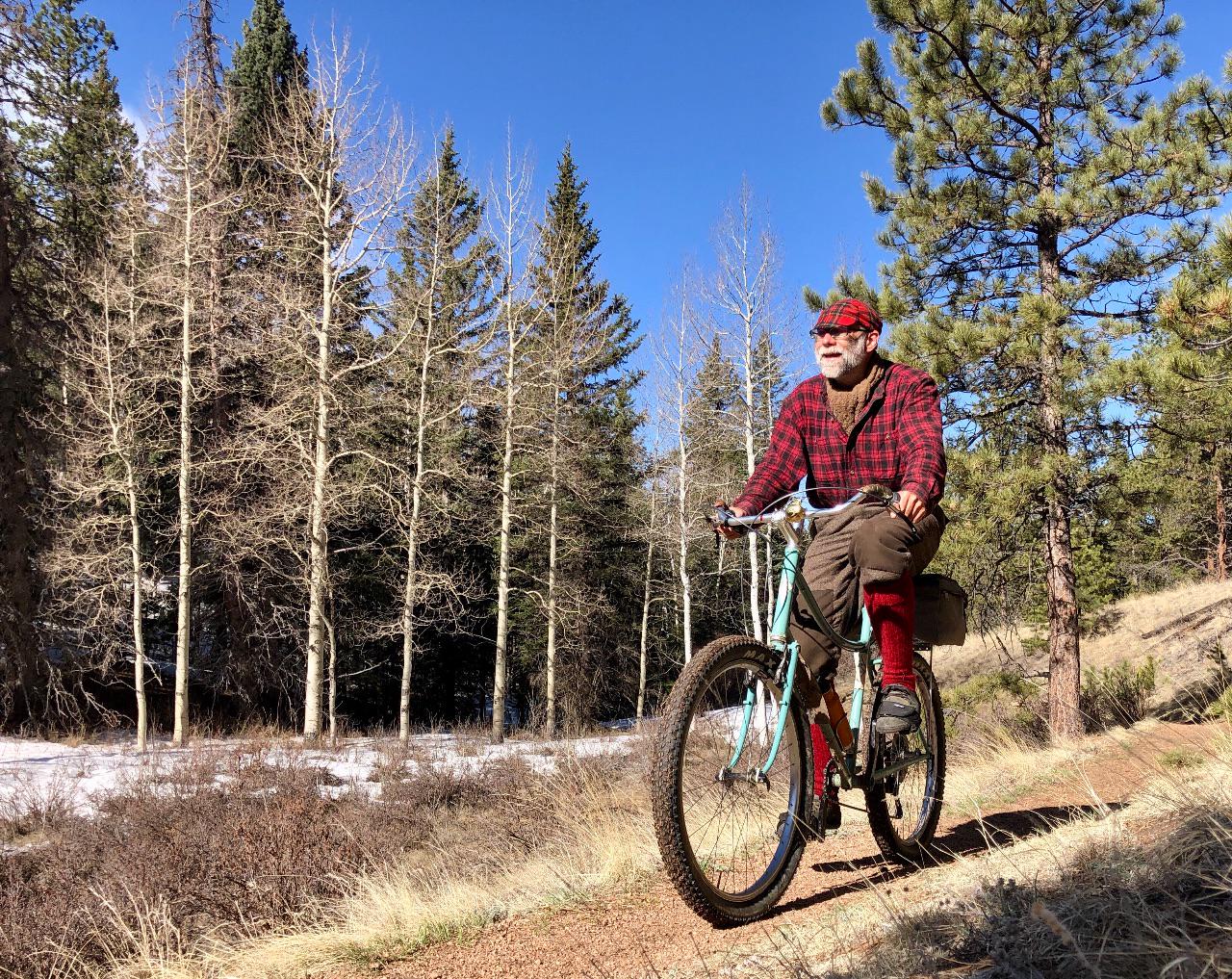 In which I ride freewheel for the first time in eighteen months, put in forty miles in the first two days, watch in amazement as spring turns to winter in a mountain glen with the sun shining and fat fluffy snow flakes and early spring butterflies ride the same gusting winds, and I discover that Rivendell’s Gus Boots Willsen, whom my daughters named Beorn of Tolkien’s “The Hobbit,” loves all terrains climbing and descending with elegance and grace, as only bears can do.

Visiting God’s Roof Whilst Ours Gets Replaced

Women: Why Do You Wear Skin Tight Cloths?

Every ad agency in the world knows if you want to sell, a woman’s sillouette ends all thoughts and demands the attention of whomever sees it. Why? Men are hardwired to notice a woman’s silhouette and doing so immediately triggers a number of arousal mechanisms in brain and body chemestry. Women are hardwired to compare themselves with the competition with various and immediate changes of they clay for them as well. If you want your (car, cigar, bar, jeans, soda, straws, cows, etc.) noticed clad it with a woman’s silhouette. But don’t just take my word for it, Saints and Science say the same thing.